Is my child a psychopath?

I debated whether to write this post for a while. I find child psychology fascinating, but how far does one reach before going too far? Would anyone find it relevant? Are those thoughts common for parents of school-age kids?
My cousin’s daughter was approaching her third birthday. That sunny summer the weather was scorching. Her mum decided to run a cool bath for them both to jump in and carry on playing. As they were halfway through “row row row your boat”, she stopped, looked at her with intent and said cheerfully: “Mommy, I’m going to kill you!”. She then carried on playing, as though this was an equivalent to “could you make me some toast with Nutella?”

My cousin shouted at her husband to come to the bathroom at once and said: “If I ever die in some bizarre circumstances, could you please be aware of what’s just been said and just check where my daughter was at the time of my death?” He laughed it off.

This situation played on my mind for a good few months.
The nursery started again in September and I was curious as to what the professionals think. Teachers are trained to spot anomalies with children’s behaviour and having plenty of hours in their company, one would be forgiven for thinking they would notice anything out of the ordinary.

My cousin finally got an email about parents’ meeting and they waited their turn to speak with her 3-year-old kiddo’s teacher. She told them how great their offspring was doing, all the usual “oh and ahh”, but they were waiting for her to stop for a bit, to ask the burning question. She could feel her husband’s stare from the peripherals.. “Don’t ask that question.. don’t do it.”
“Mrs Harp, that all sounds amazing about how well she’s doing, but I wondered.. do you think.. she’s a psychopath?”
The teacher laughed it off. Now everyone thought she was the one with mental issues. Mum was nowhere near getting any answers. If any of you wonder why she didn’t take her to a psychiatrist, the answer was simple. No one would officially diagnose a child under 6 with anything this serious, which may or may not be a good thing. They “grow out of it”. She hoped that would be the case.

A couple of months later, my cousin found her daughter crying hysterically in the conservatory. She asked what happened. Was she hurt? “This fly is dead!”
She felt overwhelming happiness. Not because of the insect not being able to bother her anymore, but because she saw a glimpse of empathy in her eyes. Or so she thought. Mum was convinced they had turned a corner. Things are going to be fine, it WAS just a phase.
“Aww baby, it’s ok, every animal dies eventually.”
“Yes, but I am crying because I didn’t get a chance to kill it.”
And they were back in the room.

Over the next couple of years, there were a few more incidents that chilled the blood in her veins. On one occasion she confessed to her dad she just “doesn’t know how to be happy”. This from a parent’s perspective is a heartbreaking statement in itself, but even more so when you question whether your child has any feelings in the first place.

When she turned five, it all seemed to have settled a bit. The most fascinating and equally worrying thing was how swiftly she could now switch between a full-blown meltdown to a perfect child in front of strangers. During a visit to a new school for one of their open days, she sat straight, with her hands on her knees in front of the headteacher, telling him about her favourite subject and how passionate she is about problem-solving. Her words were calculated. She was aware of the situation and looked as though she is undergoing an interview. Upon leaving the room, she tripped on the floor and fell, badly bruising her knee. Blood was gushing from it, yet she didn’t even blink. This usually would have upset her a lot, but she didn’t want to feel embarrassed in front of strangers.

This was something of importance to her. The things that made her turn into a raging pot of crazy were people laughing. Whether it was her jokes or something she said, she absolutely hated people laughing as surely they must have been laughing at her.

My cousins were quite realistic about their children. There was no putting them on a pedestal. At the same time, they did question whether it was they who had caused it. Have they given her too many “things” and not enough time, and now she is using this behaviour to get our attention?

Psychopathic traits are present in most of us to some extent. There is a long-standing debate as to whether they are developed or inherited, whether you can “cure it”, or just learn to live with it. A tiny bit of those traits help us at work tremendously and the majority of CEOs are known to have them. Robert Hare describes evidence of psychopathy among some financiers and business people in his book “Snakes in Suits”, suggesting that Bernie Madoff had a significant number of those traits. It’s when the balance tips over and they become our core personality is when we need to worry.

Currently, to my knowledge, there are no standardised tests to determine psychopathy in children, but the majority of psychologists believe that psychopathy, like autism, can be identified in children as young as five. Crucial to this diagnosis are callous, unemotional traits. As I look at my cousin’s daughter and watch her behaviour over the years, it becomes apparent, that just like a vast majority of children, she loves pets. One of her dream jobs is to become a vet. Maybe she subconsciously knows that vets spend a large proportion of their time euthanising animals?

When looking closer at some of the diagnosed cases, one is forgiven for thinking they are overreacting. 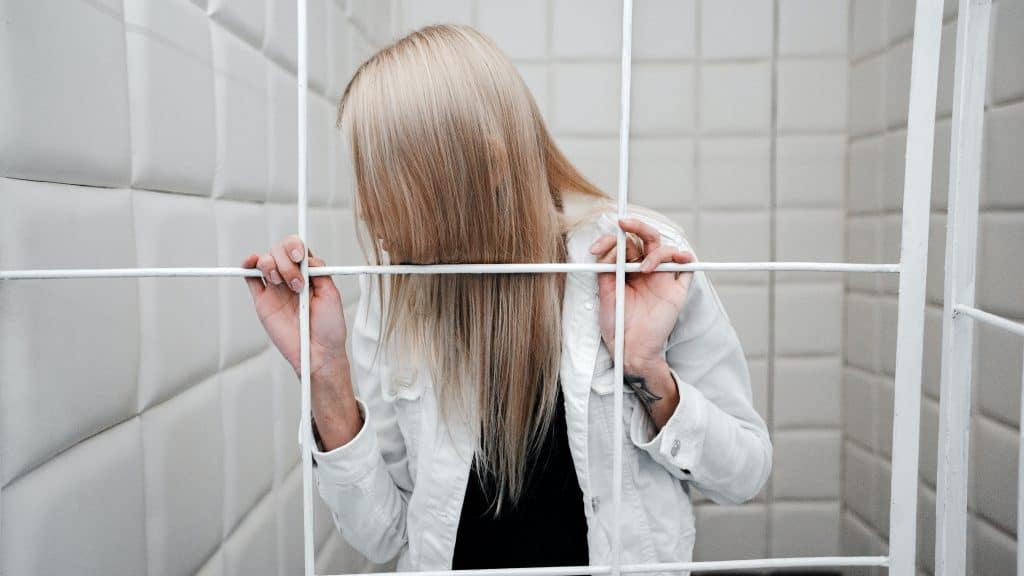 When I was seven, there was a case at my school of two brothers finding a loaded gun belonging to their dad, a police officer. The older one, then seven, shot his sibling in the head and this was written off as a tragic accident. I don’t believe thirty years ago we were equipped with as much knowledge about child psychology as we are now. The older brother grew up to be a jailed criminal for different offences he amassed over the years. This might have been a result of his experiences or something he was born with as a trait. We may never find out.

Then there are the mainstream cases, like the 9-year-old Jeffrey Bailey, who pushed a toddler into a pool, then watched them drown after bringing a chair for himself, and making this tragic event a spectator worthy morning. When questioned, he said he did it because he was curious to see someone die. He wasn’t bothered about everyone being mad at him as a result but mostly fascinated and pleased with all the newfound attention.

So my cousin’s kid hasn’t shot anyone yet. She hasn’t drowned anyone and hasn’t been seen chasing animals with a knife. Granted the anger goes beyond what you see in ordinary kids, but maybe that’s just her personality. I have seen much worse behaviours in other children, whose parents don’t sweat it. Is this enough to switch off the alert button and carry on as normal? I am against labelling, but maybe if we can identify some of those traits, we could have a chance to help our kids?

Researchers believe that if spotted early, the capacity for empathy, which is controlled by a specific part of the brain, can be strengthened.
The benefits of successful treatment can be tremendous not just from a personal perspective, but from an economical one. It is believed that psychopaths makeup 1% of the population, but also 15-25% of the cases in jails around the world and are responsible for a disproportional number of violent murders. Neuroscientist Kent Kiehl estimates the cost of psychopathy to be in the region of £450 billion a year, roughly ten times the cost of depression, mainly because psychopaths tend to be repeat offenders.

So is psychopathy inherited and can it be fixed?
Magnetic resonance imaging on the brain of an adult psychopath shows significant differences in density in the area associated with empathy and moral decision making (paralimbic system). In what is believed to be children with psychopathic traits, those orbitofrontal cortex connections may be defective. These differences are believed to be genetic in origin. Whilst the likelihood of inheriting a predisposition to psychopathy is high, it’s comparable to heritability for depression and anxiety, both of which have proved responsive to treatment. There are some challenges we cannot ignore though. Since psychopathy is highly heritable, a child who is cold and calculating is more likely to have parents who are behaving this way as well. They, in turn, are likely to struggle to bond with a child who is cruel by nature, and those kids tend to get punished more and nurtured less, creating a vicious circle.

More often than not what comes with psychopathic traits is a higher IQ, and we cling on to this hoping that out of the two, our child ends up a Nobel Prize winner rather than another Ted Bundy.

For those parents who live with children severely affected by it, feeling like they have nowhere to turn to, feeling ashamed of their own thoughts, this becomes a daily fight and as much as they want to help the child, having other children at home, they go into a survival mode. They need to protect their sanity, so daily interactions become reactive instead of proactive. For them, any form of treatment would help to keep not just the child in question, but the whole family safe and sane.

Granted, if a person doesn’t have the hardware to do emotion processing and empathy, you won’t be able to teach that. It may just be like diabetes: you can manage it but never quite cure it. But if this treatment results in fewer kids becoming violent and end up in jail, I think we should definitely pay more attention and put more resources towards finding the solution.

Since most research centred around psychology takes years, sometimes decades, what could we do in the meantime that is proven to work, even on a small scale? Therapies focusing on identifying emotions like fear in others and affectionate, warm parenting seems to reduce callousness in children with psychopathic traits over time. Let’s hope my cousins give it a good go and report back next year. Till then: I will hide knives, hammers and sharp objects out of sight.